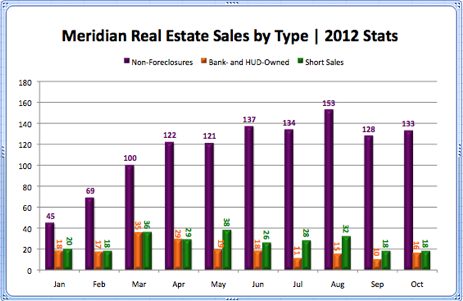 The growing trend in the Meridian Idaho real estate market for traditional sales can also be seen when comparing year-over-year data.  For example, of the 200 home sales in August this year, 153 were non-foreclosures.  That means the foreclosure market share was only 23.5%.  Comparatively, in August last year there were 166 total home sales and 87 were non-foreclosures.  So, the foreclosure market share in Aug. 2011 was nearly half of the total sales- at 47.6%. 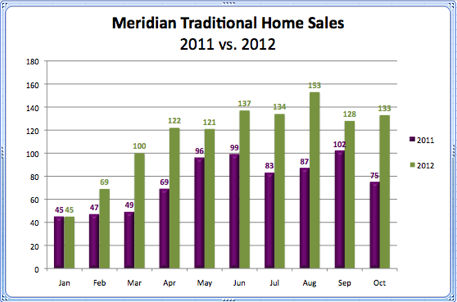 Median home prices are also rising for Meridian Idaho real estate. September saw the highest median price we’ve seen in years at $189,450.  And, since July, those numbers have been steady.  Overall, according to the graph below, the median sold price for Meridian Idaho real estate has been higher this year than in years past, with only a few exceptions. 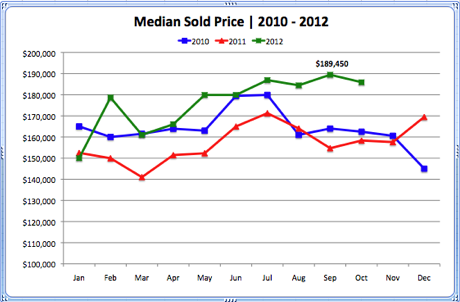